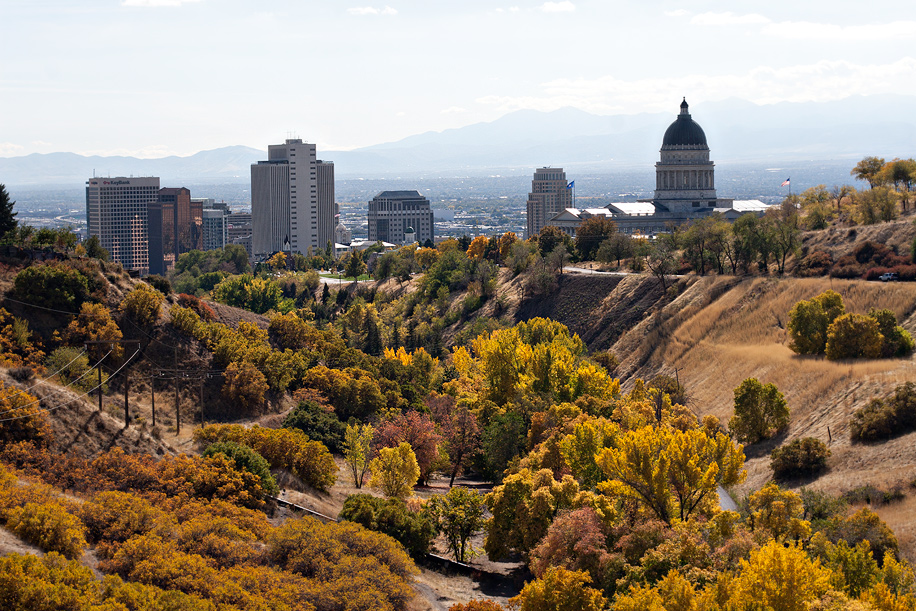 Last weekend, David and I flew to Salt Lake City, Utah to visit my brother Mark and his fantastic wife Jenna. They’ve lived there over a year and I was dying to see and experience their day-to-day life and see what everyone kept telling me was a “really cool, clean city with super wide streets”. This city certainly did not disappoint. I’ve never had a really strong desire to visit, but after our short weekend there I would totally go again. There’s so much going on! Not to mention I have special people out there I need to see as much as possible. 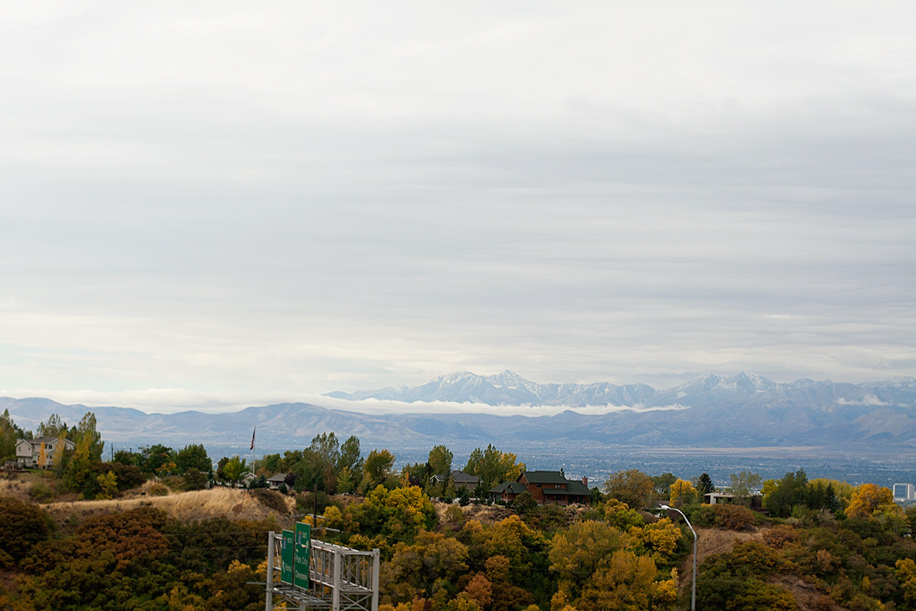 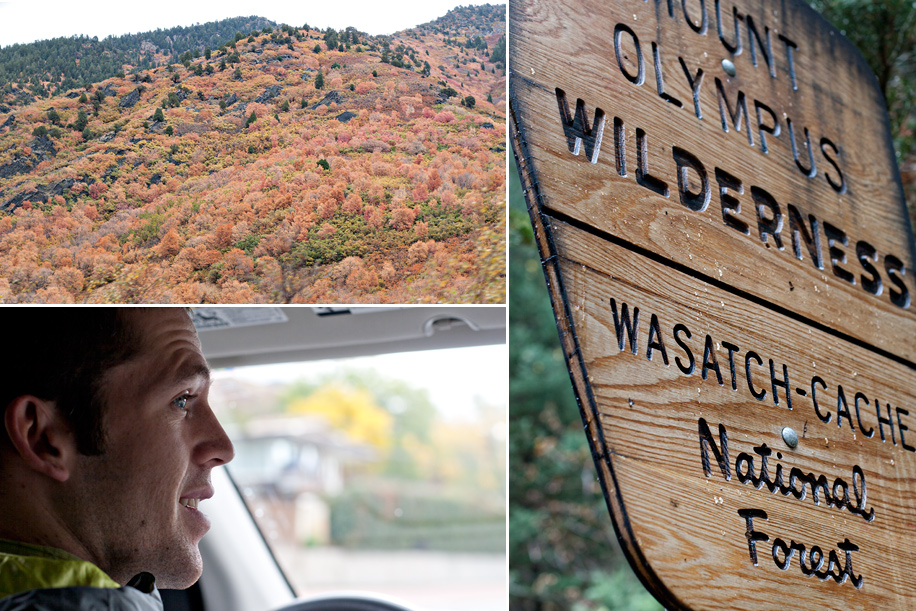 Mark and Jenna planned our entire time there and all we had to do was show up and ride along. Mark gave us the tour of downtown, campus, and some of the neighborhoods and I had a proud big sister moment seeing him in his element, explaining all the things he’s figured out on his own in a new place. They sounded like they’d lived there for way more than one year. They took us on a beautiful hike through some of the most stunning fall color I’ve ever seen, and had my legs totally burned out after the first hour or so. It was a four and a half hour hike, people. These people don’t quit, and I like people who push me. Up mountains. 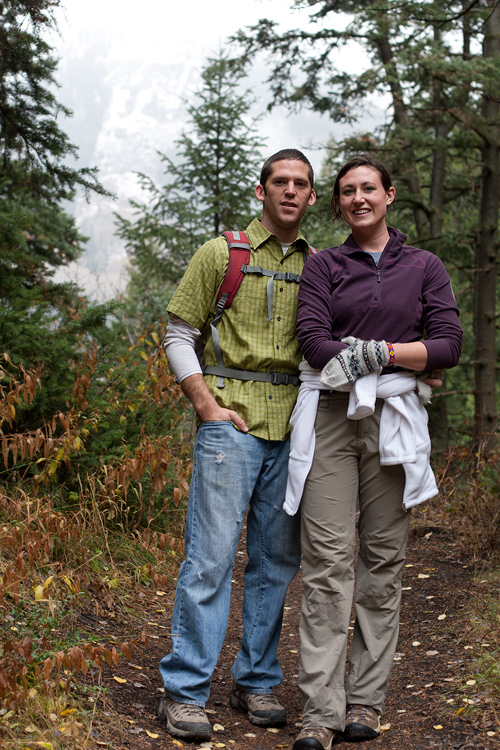 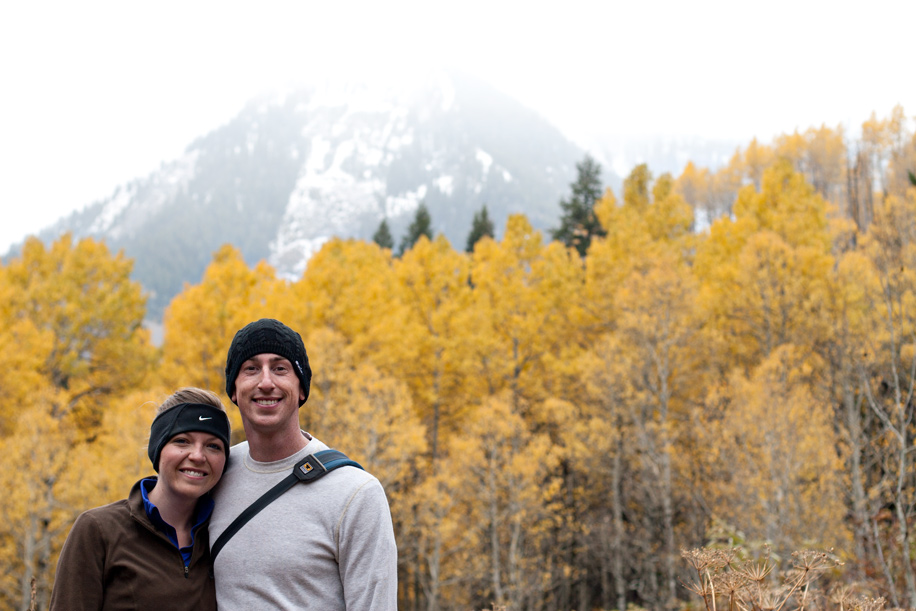 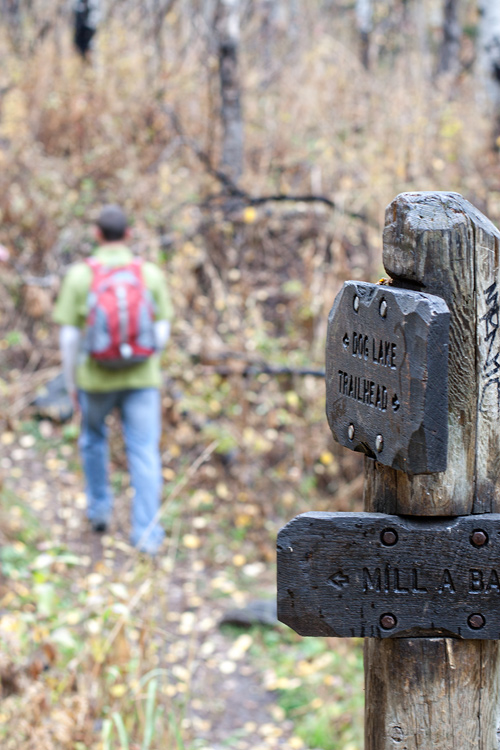 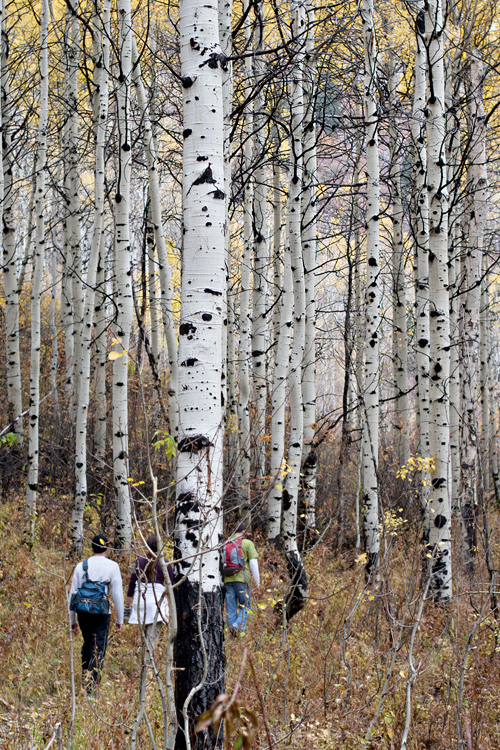 This is the only photo I got of all four of us the whole weekend. Oops. 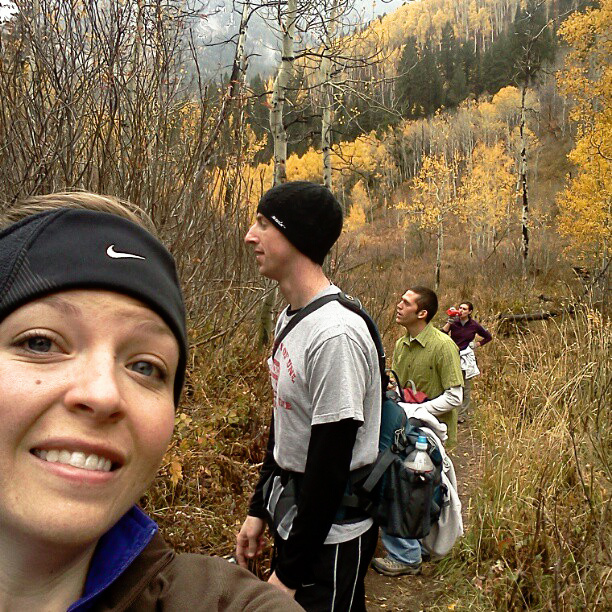 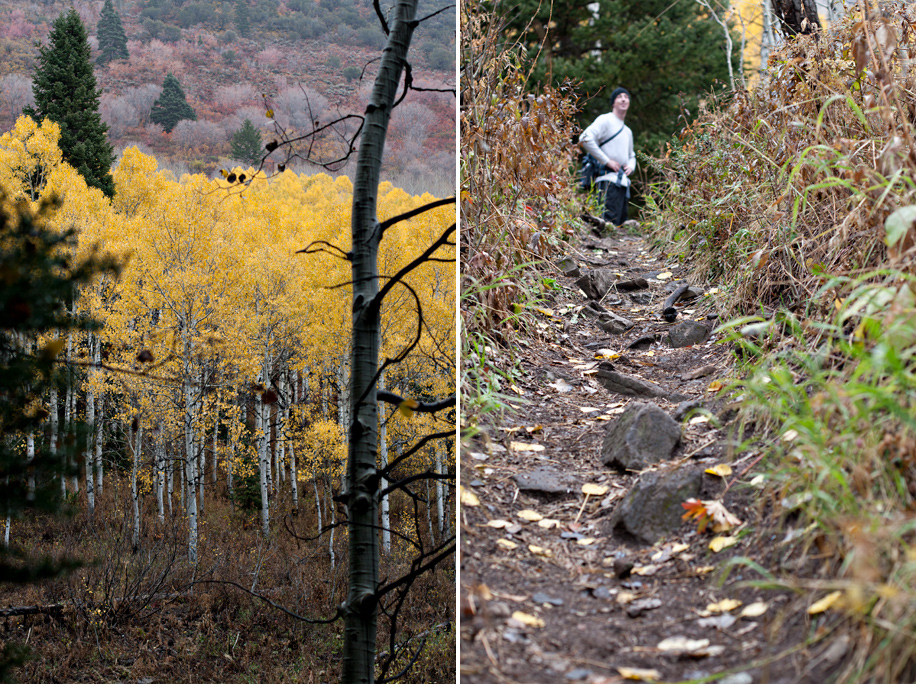 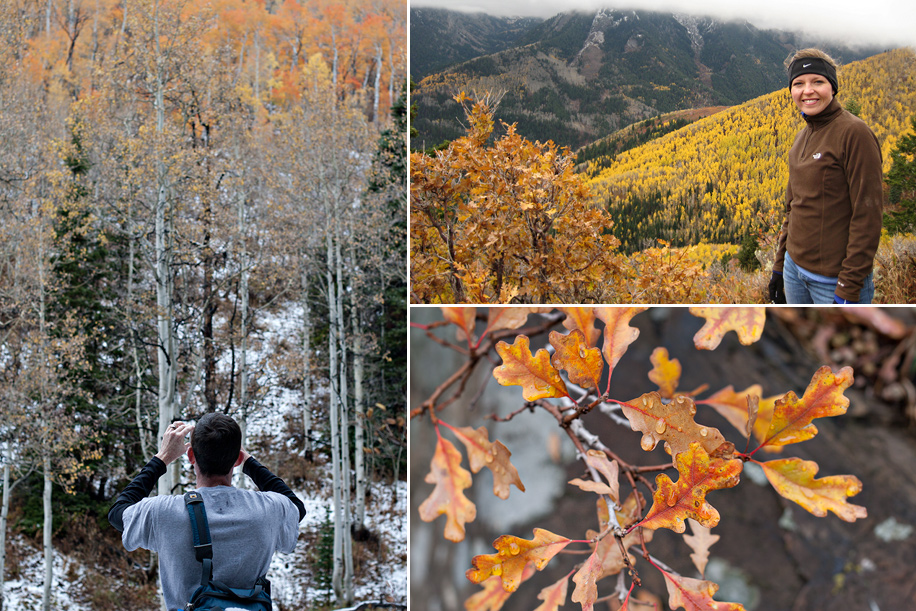 My camera called it quits halfway up the mountain due to some memory card issues, but David got a bunch of great shots with our point and shoot. I love that he enjoys taking pictures and that he takes the time to compose each shot. It was nice in some ways to be able to just see things instead of always seeing them through a lens, especially knowing he was still shooting. 🙂 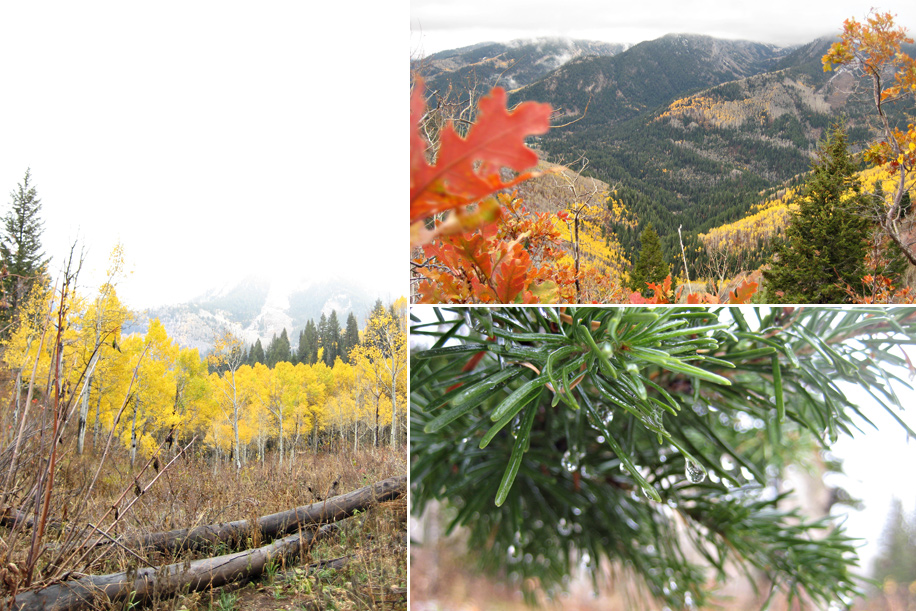 We encountered a hiking group that told us they’d seen a family of moose a little ways up the trail, and after ten more minutes of hiking, 30 yards ahead of us was this big black blob (Moose #1), sitting smack in the middle of our trail. What does one do in this situation? I don’t know what a moose is going to do. Charge me, probably? It’s funny – part of you wants to get as close as you can, and the other part wants to make sure there’s plenty of space between you and said large animal. The latter part won and we ended up going downhill off the trail in a big arc to stay clear out of her way. 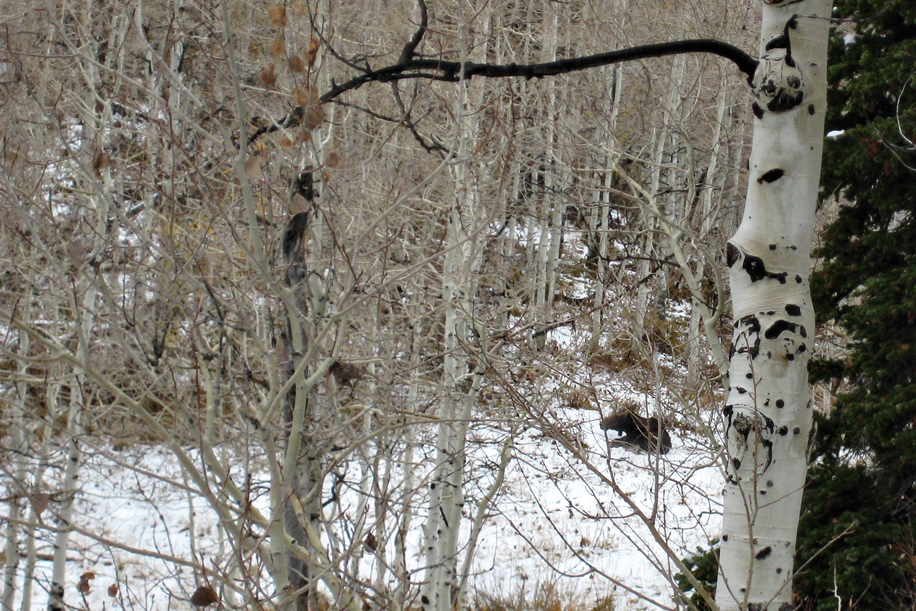 As soon as we met up with our trail again, we looked uphill and there was this big guy. Moose #2. Closely followed by (not pictured) Moose #3. 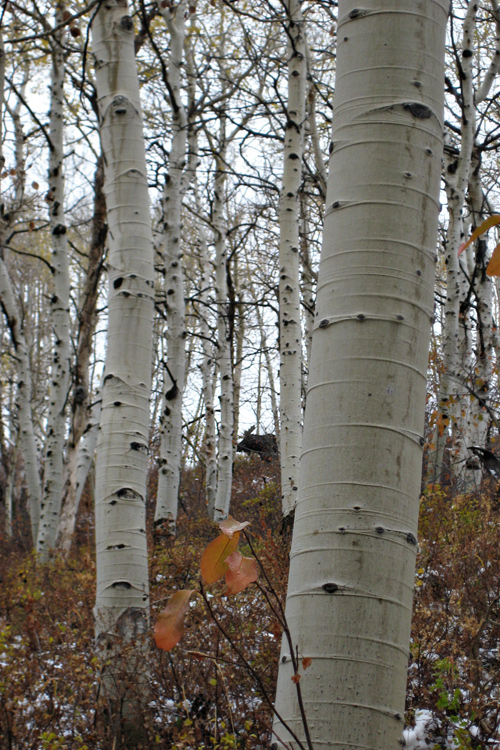 After my anxiety returned to normal levels after our wild beast encounters, we made our way along the traversing trail and then walked down through the wave of bright yellow aspens we’d been admiring throughout the length of our hike. Everything was yellow. My legs were totally dead. Successful fall hike. We rewarded ourselves with hot chocolate and soup, then drove through the rest of the canyon, over a pass, and ended up in Park City, which is totally adorable. If we’d had more time I think we would’ve liked exploring Main Street. Next time.

On Day 2, Jenna had to work for a few hours, so we killed some time shopping for ski boots (!) and walking on the City Creek Canyon trail, which is pretty close to their apartment. Hello, more gorgeous trees. I cannot imagine having all this rugged, beautiful scenery pretty much out my back door. Nebraska needs to grow some mountains. 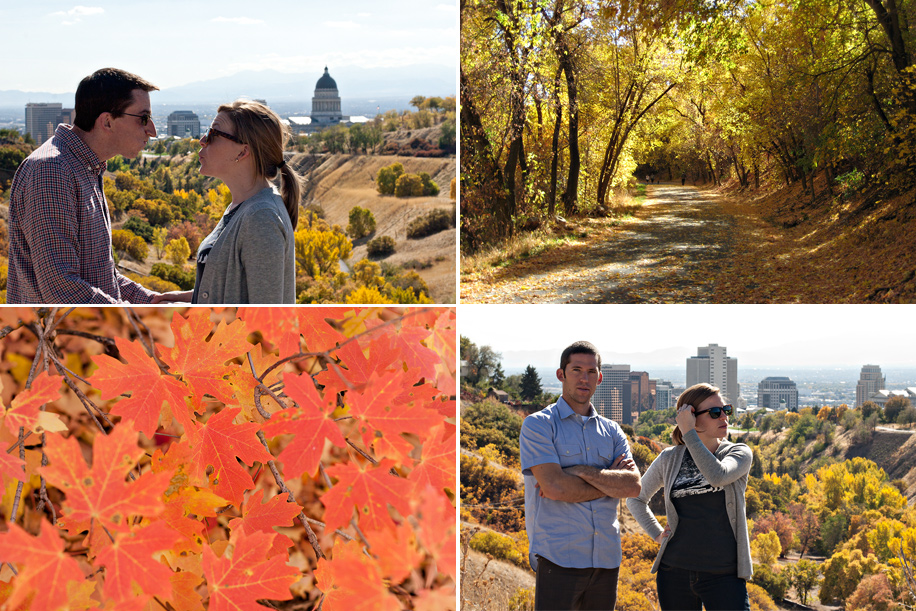 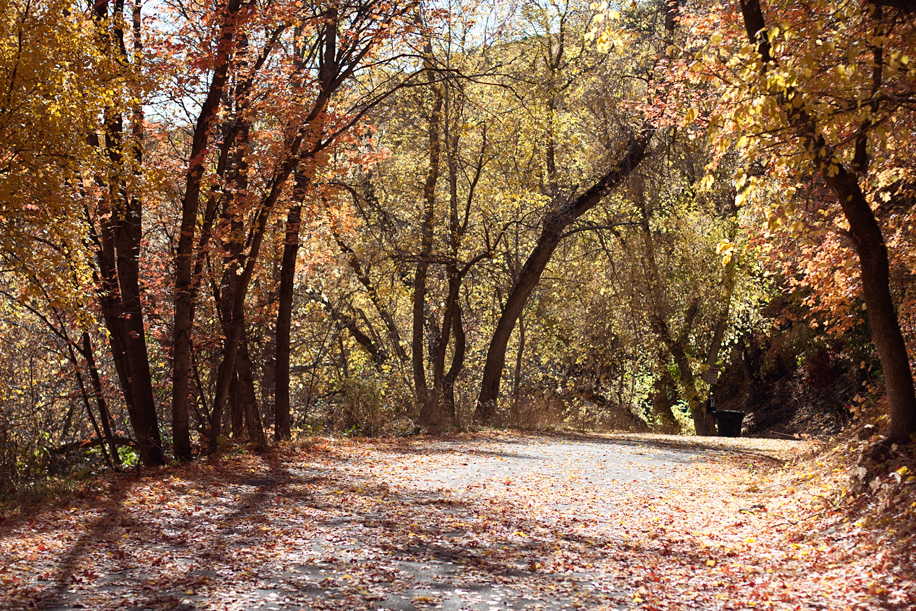 I felt like a pretty lucky girl, getting hours of conversation with Mark and Jenna throughout the weekend. I am not the best long distance/phone/skype person, and it was so good for my heart to connect with them. This short little walk on Sunday was a gift, too, to just shoot the breeze with two of my favorite guys. I wish every week had a little of that. 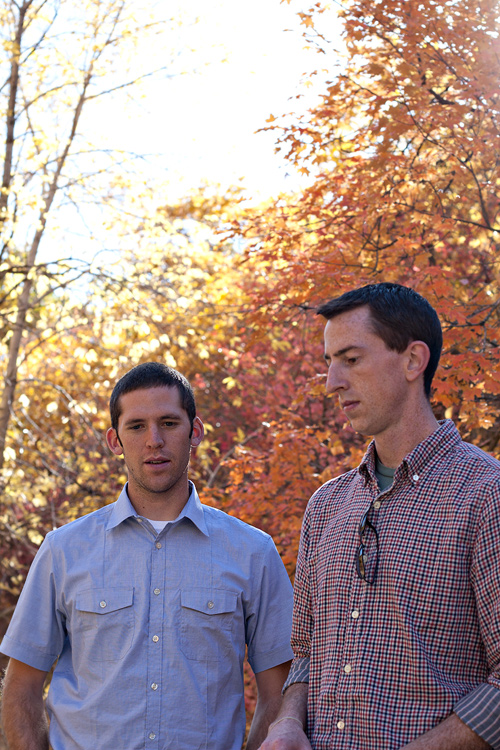 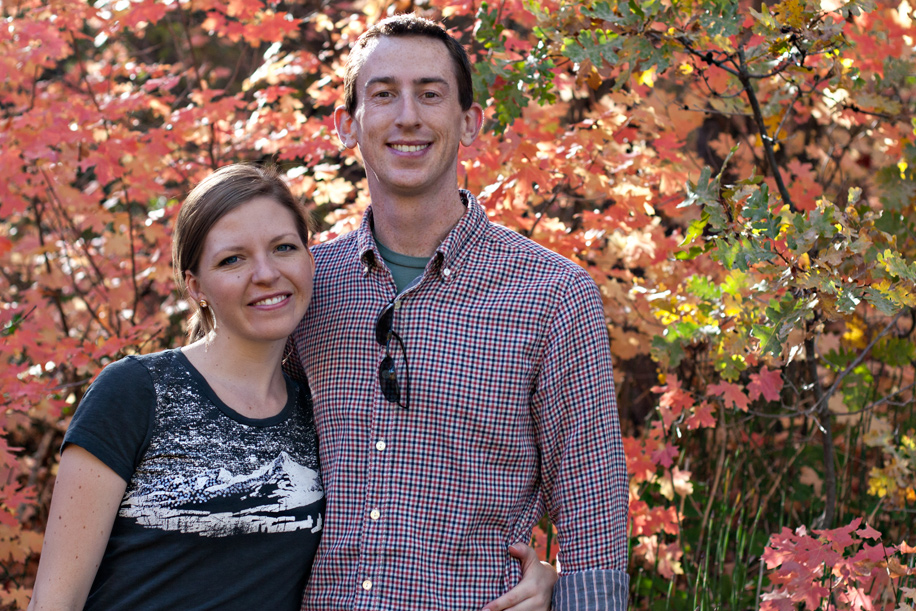 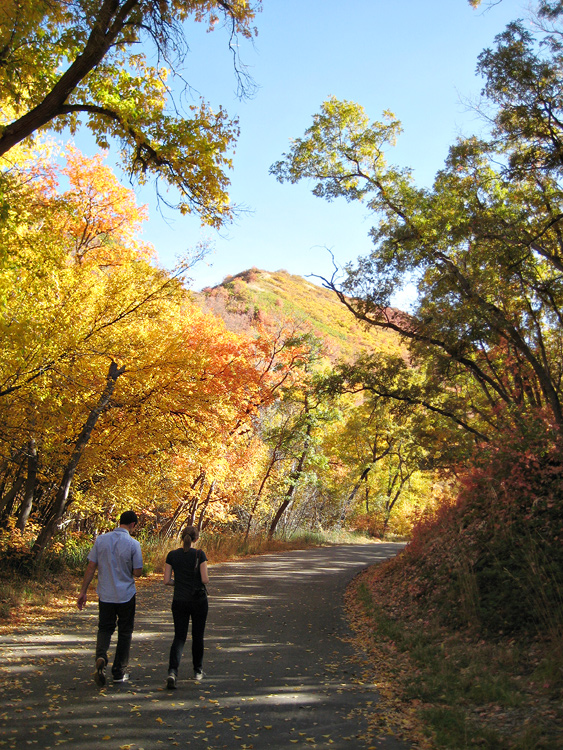 If you ever visit, please do yourself a favor and hit up Ruth’s Diner. Adorable little restaurant with tons of personality. Look at those jumbo biscuits. They come with raspberry jam and were like a breakfast appetizer that just comes with your meal. I ordered the banana walnut french toast without really reading the description. I mean, who needs to read about that to know it’s obviously going to be good. A few bites in I realized it was banana bread, fried in french toast batter. Kill me now. I totally didn’t care that I was ridiculously full after this meal. I even sneaked a few bites of David’s salmon eggs benedict. 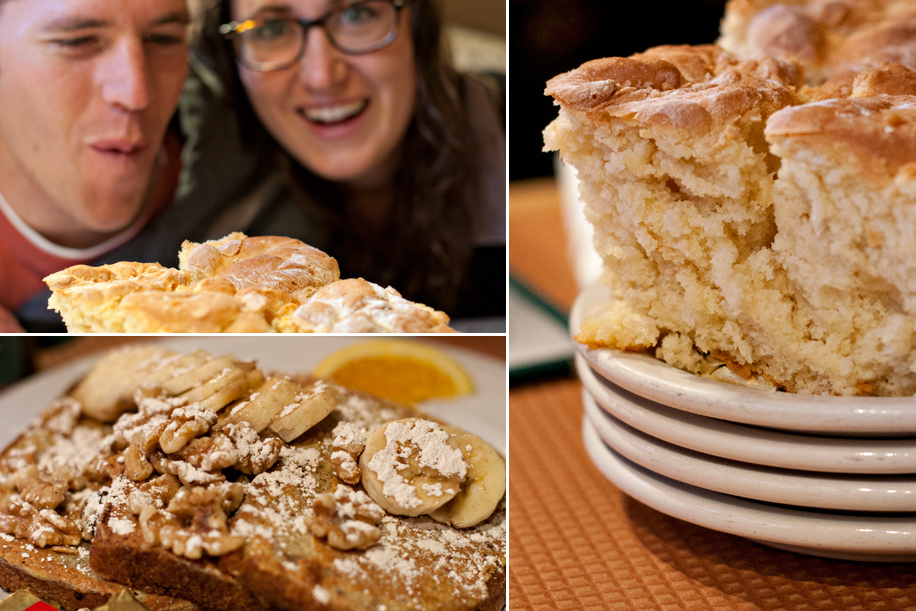 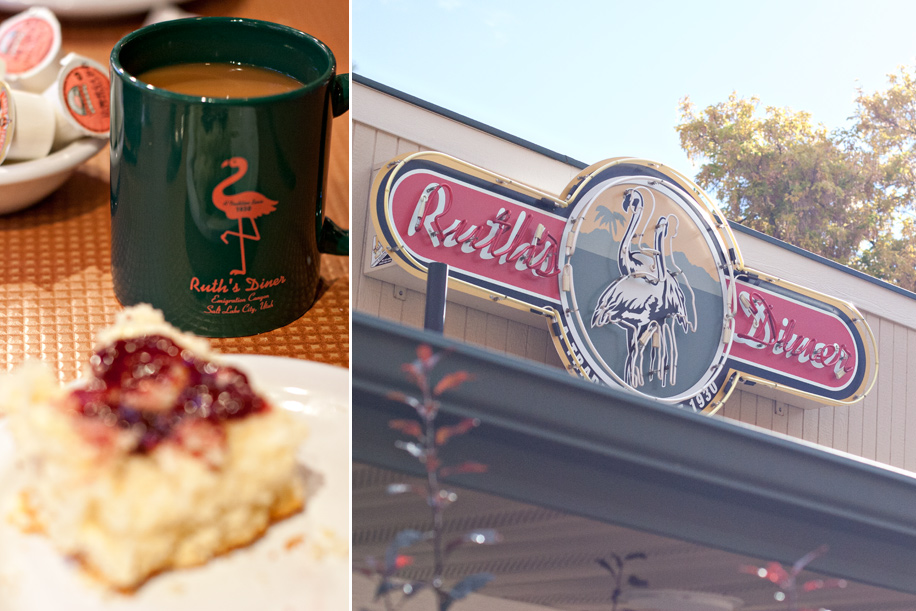 We had the best time, and already want to go back. Skiing, maybe? Miss you already, Mark & Jenna. Thanks for showing us around! 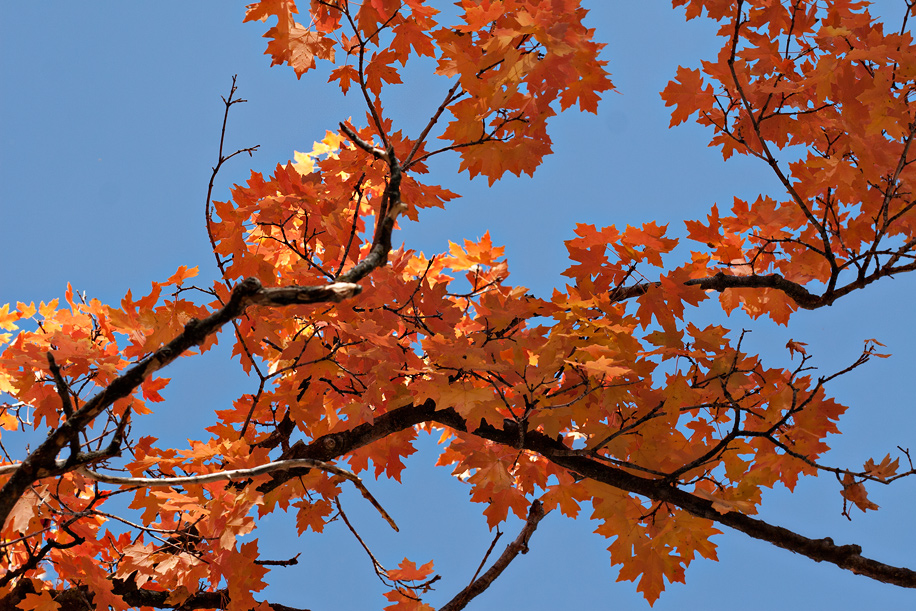 as if there wasn't enough going on