So much has happened lately. I have yet to blog about most of it. Excited to update you all soon! For now, though, imagine I am still on vacation, because that’s what I’m imagining. I’m still on the island, still doing this: 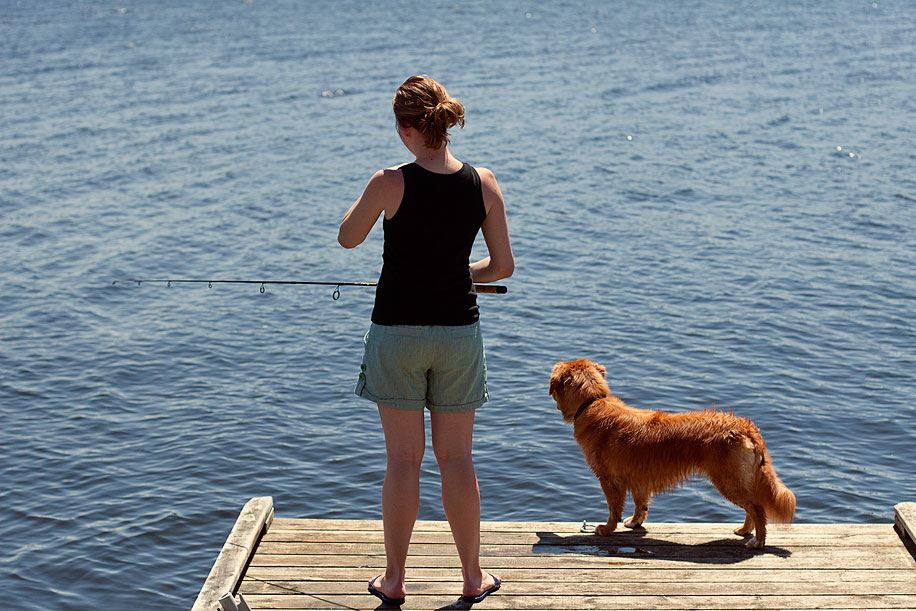 My last post was an overview of my fantastic family vacation, but I only briefly mentioned the best part of our beloved vacation spot: the fishing. It is definitely a favorite thing to do among my siblings and I. We try to get up super early and hit the water so we can catch those fishes while they’re hungry. 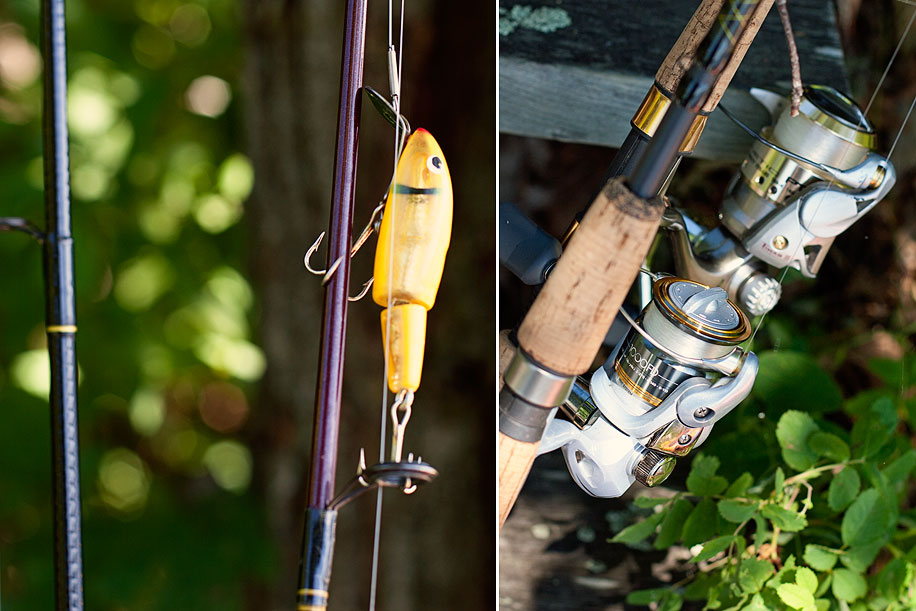 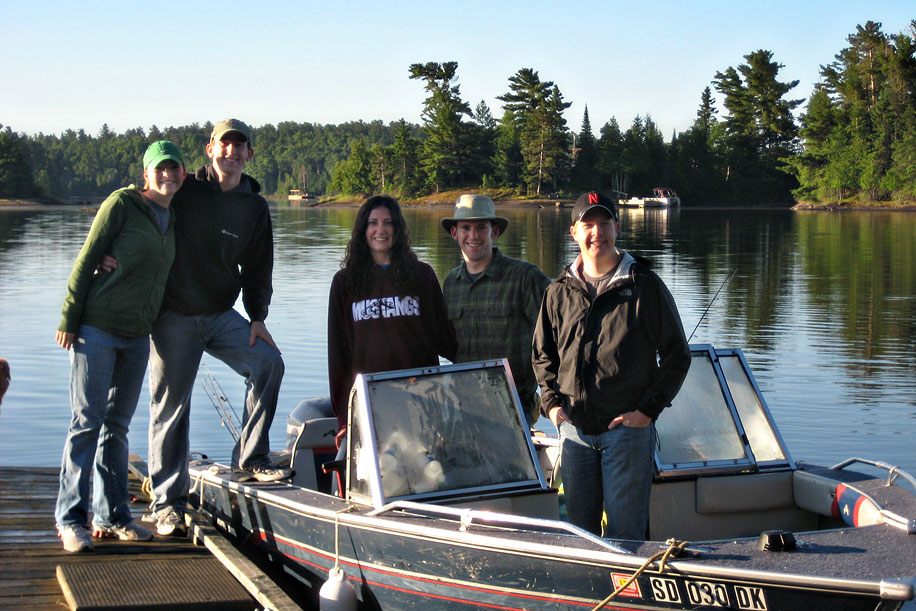 This girl. I’d just like to say that our entire trip was extra-blessed by her. She is so much fun and so easy-going, and quite frankly fits right in with the rest of us. She had my family laughing the entire week. Um, yeah, she’s my new sister. 🙂 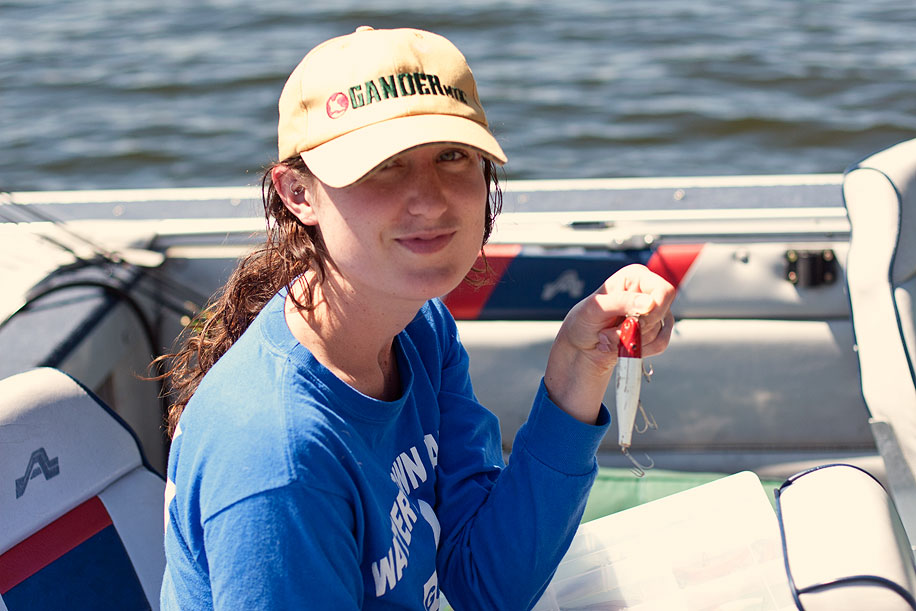 No, my brother doesn’t usually dress like a hillbilly. 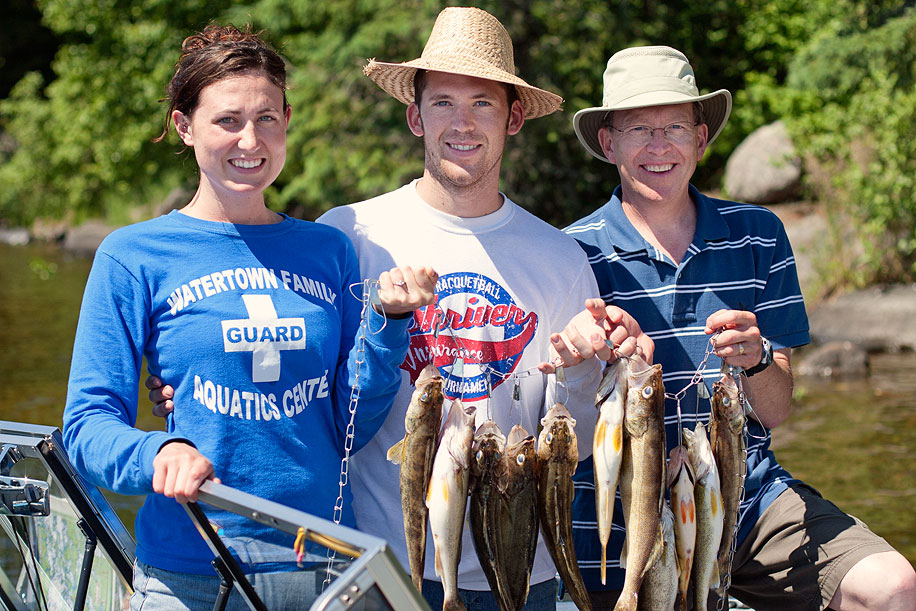 Sometimes the fishing continues from the dock after we get back from the boat excursion. I’m sure dad loves it when we catch a fish just as he finishes cleaning them. Try and keep up, dad. 🙂 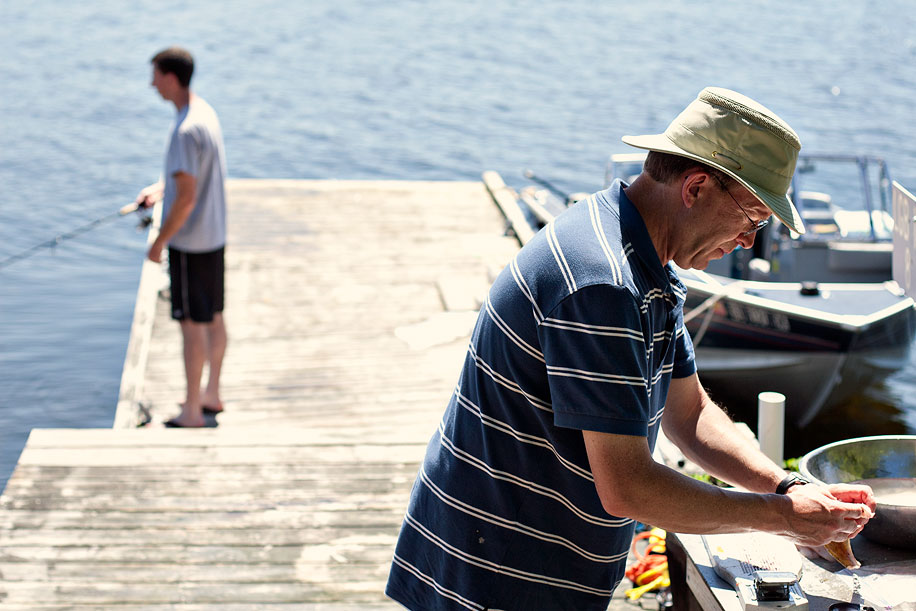 On this particular trip to Canada, I had two favorite fishing moments. The first was a spur of the moment night fishing trip as the sun was disappearing. Since my brothers are both competent with the boats now, my dad occasionally gets a break from carting us around and running the trolling motor. Mark took over the responsibilities that night and everyone but my parents took off for a quick trip. It was short lived thanks to some crazy mosquitos, but it was so peaceful (before the mosquito buffet began, that is). 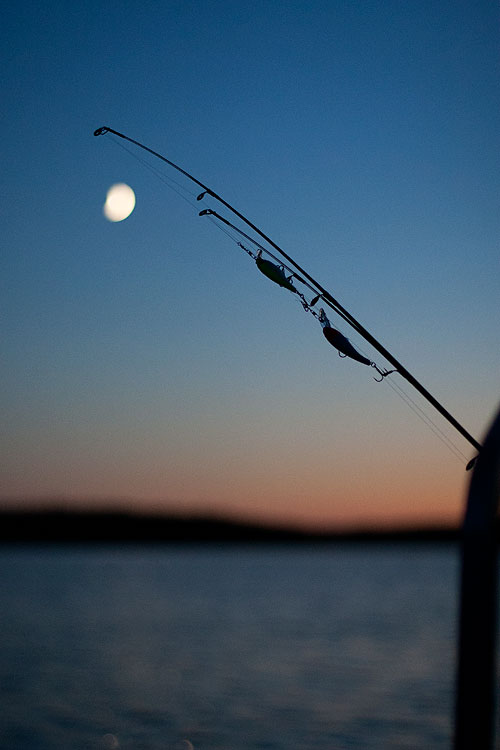 Second-fave fishing moment: I was up at the cabin (in the bathroom actually, if you must know) and everyone else was down at the dock. David had wandered off to the swimming beach on the opposite side of the island to try his luck fishing off the rocks back there because the water was a little less choppy. He suddenly starts yelling at me to GET THE LANDING NET, JEN! He hadn’t had much luck that morning when we fished so I was all nervous he was going to lose his fish, but I made it to the dock, grabbed the net and trucked it back to the beach in time to land this guy: 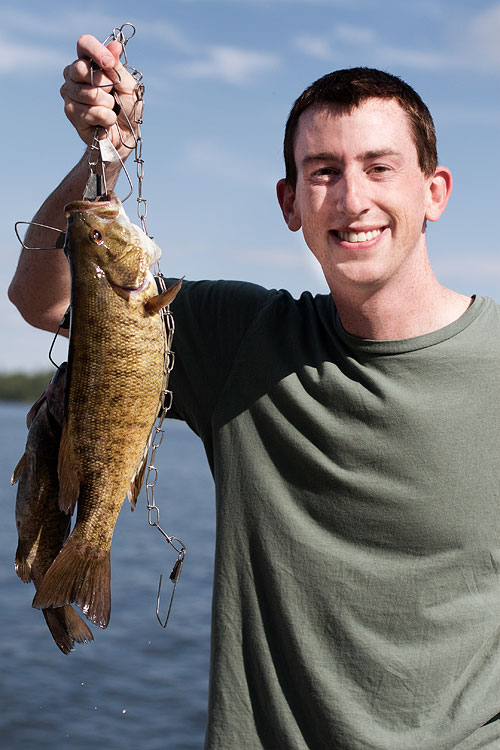 My story about the big one I caught this year is too sad to tell because he got away after we landed him and had him on the stringer. Ok, that’s pretty much the story. 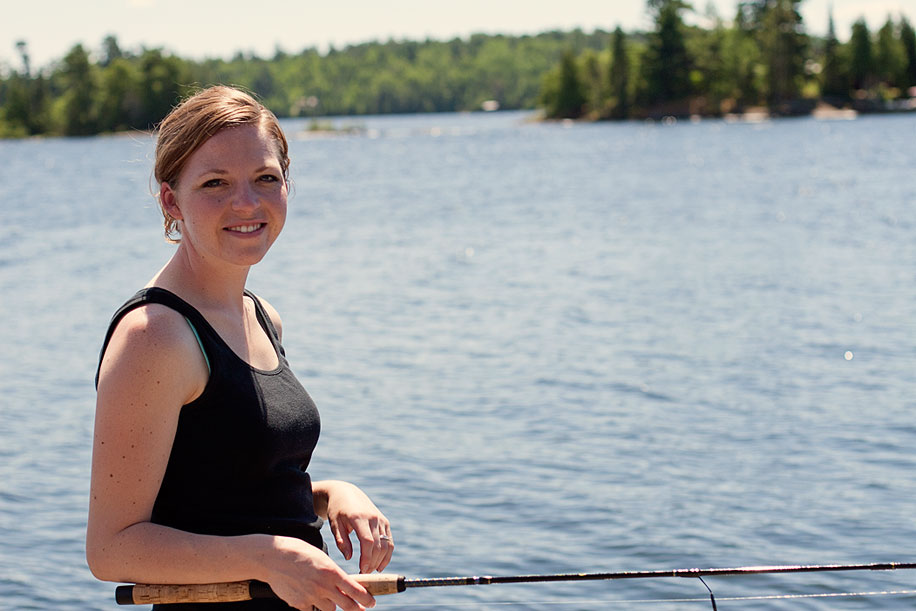 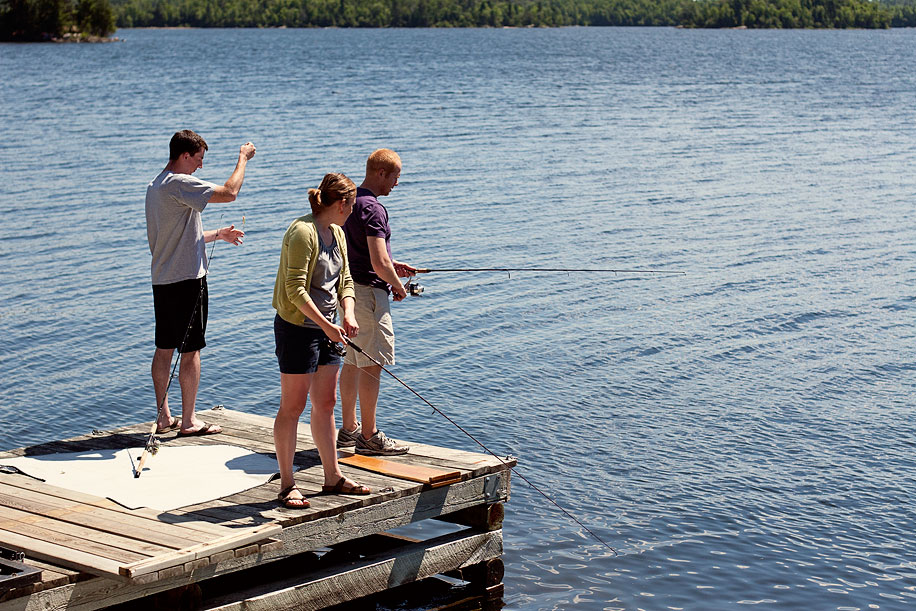 Steve nabbed this northern off the dock – he worked for about 20 minutes just trying to catch this particular fish. Nice. 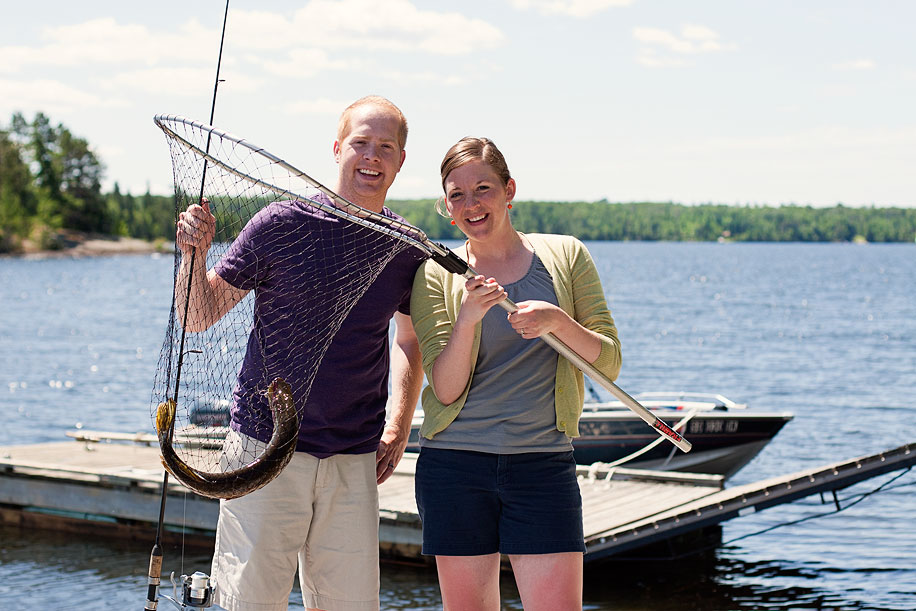 Ok, enough daydreaming about being at the lake. In the sunshine. With a diet coke. And my book. And a fishing pole. *Sigh*

the anatomy of a family picture